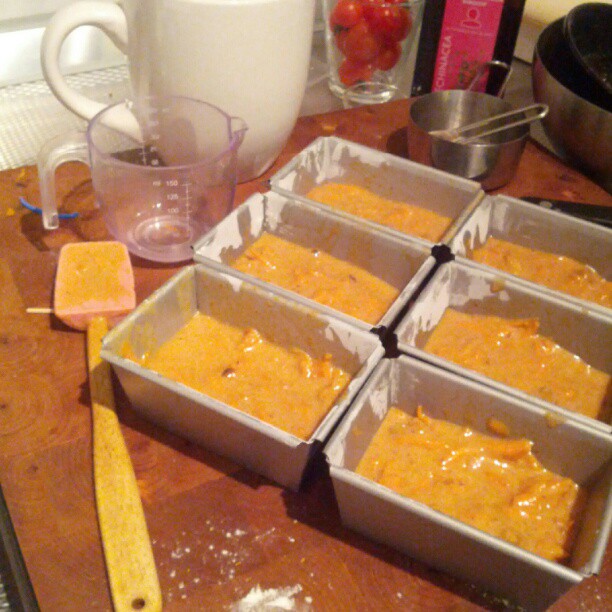 So long, fare-well, auf wiedersehen, goodbye-ye! It’s over already! And even though I only had one active day I actually did a lot on all three blogs! For all I still need to get the RSS-feed going, the food-blogs keep getting 502 errors with Pinterest, and all little odds and ends. I also need to do one of the mini-challenges (Print your blog), but I’ll do that as a flashback next time.
I also still need to figure out why this theme cuts off the posts. Or maybe it’s the update but that seems highly illogical.

I had lots of fun this weekend, had a bit of a hissy fit when wordpress thought two separate posts were one (same format, different languages) and just ‘merged’ them, making me lose one recipe.

Saturday I had two friends over, they finished putting in the floor. SO HAPPY! 😀 After that we went to my best friend’s place (one of the “floorers’ is her boyfriend) for a night of watching Hair with éven more friends! Sunday I slept in and worked in the afternoon. Around 4 I started baking some carrot cake mini-loafs for Annemieke and her husband Jasper, because I could do some laundry with them! (My washer went to a better place JUST after I replaced the broken oven 🙁 .)
I got home 2 am that night, so basically I just had Friday- and Sunday-afternoon, and I only did little then. Still surprised I did the things I wanted to, and then some! I still need more content on the bento blog though.

I’ll be doing lots of challenges and stuff in October and November, which I all discovered during this weekend! I also think I want to use twitter to ask people which out of 2-3 ideas I shall cook for my blog more often, it’s actually quite fun! I also want to link-up between blogs more, collab. Fun!

I didn’t link-up all the challenges as they were closed – or might’ve been, didn’t check – but I didn’t do it for the loot, I did it to improve my blog, so that’s allright!

Also, check out my 404-page, he’s a tad depressed, giv’em some attention. I actually hope he will be rather lonely most of the time. I’m an evil sadist like that. I also made them for the other blogs. These are things left for later this week, or the next bloggiesta:

Having bloggings schedules, calenders, thinking about those things, talking to others, revatilizing my old content (add YARPP!), and plain ol’ socializing was something I really needed. I know winter is coming (heh) and my energy level will drop immensely because of my SAD (which is the official acronym and I love it!), which in combination with my other health problems will make it all really hard to stay motivated. Having challenges, collabs, a community and this jumpstart really helped me to be a bit more hopeful for the coming months. I love autumn wholeheartedly, and winter too, and I try to stay positive, but when handicapped and instantly depressed on dark days, the dark months really makes it a challenge!

You all just made that a bit easier on me, so thank you. Really, I mean it. Thanks 🙂

See you all in March! (or Januari for the mini-event!)

[/si.v/] Homebody about to go rambling the Welsh countryside. Shwmae!
I like creating - whether it's crafting, food, videos or plants from seeds. I have passion for learning more about languages, and live with my partner and a tiny feline pride.