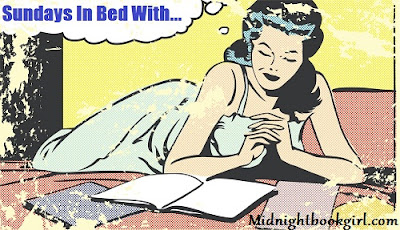 ‘The loneliness of prime numbers’ has been on my to-read list for a few years now, I think since my ex Pepijn went to the movie with Saskia. He was coming over this weekend – in the country from Sweden for the holidays – and brought me a copy (his copy?) because he felt it was ridiculous I still hadn’t read it as well. Gifts! Books! He also brought chocolate on a spoon, a mug with spoon in the handle, pepparkakor and coffee. He knows me well, still =’3 He also brought just a little bit of Glögg, which is still in the kitchen.
The mug has ‘No. 3’ on it, launching jokes about how I wasn’t important enough for a higher number and how this would be a funny gift for a tertiair partner. We already had a gag about mugs, as he once bought me and the girl he dated before me a mug with a sweater cozy, quickly dubbed ‘Ex-trophees’.

When he left I felt a bit nostalgic and melancholic, but I had a wonderful weekend before my multidisciplinary therapy at Second Care starts. They promised me would be intense and tough the first few weeks so I was planning to either get drunk, high, or something, but I did neither as I felt no need to, and had a great time without. But I burned through my serotonine and dopamine nevertheless. It’s winter, so that’s an easy task, and it was a very emotional weekend, though mostly positive.
We reminisced, talked, at some point I actually just said he turned asshole when he broke up with me, and his view of relationships was unrealistic and he agreed. It felt good that I was heard, that he understood. He also changed, which makes me feel happy and grudgingly envious simultaneously. We ate risotto, played Wii and talked some more. I gave some advice on trivial and more serious matters, he helped me with my blogs which are being moved and will undergo a make-over. I told him about what had been going on in my life and a bit about friends (Liza and Martin came over for some coffee later too!).

I texted him this morning I felt a bit bittersweet over the whole thing he suggested to just start reading the book. As a context-thing, not to relate to the book’s story. And it helps. It’s not really a cheerful book (at least when you start, I’m only at page 84/318), but as with processing those last bits of the break-up 15 months after it happening, that bitter-sweetness of just wallowing in sadness is welcome. I just had to express the fact I felt that way to the person who actually had something to do with it.
I noticed I grew a lot, I could say what was ok talk about and do with and around me, and what was not. I was able to tell what I thought of him now and in the past 15 months and I’ve now said all those things I wanted to tell them a year ago, when I was alone in bed, crying, screaming, cursing him. The things I told my friends about him. And he listened, responded and we discussed.
It’s that whole history that made us come to this point (making me stronger!) and I feel that that’s where this book is going to as well: the history may not be pretty, but it formed us in a manner that – for me at least – was a necessary step for growing into a healthy, strong person.

[/si.v/] Homebody about to go rambling the Welsh countryside. Shwmae!
I like creating - whether it's crafting, food, videos or plants from seeds. I have passion for learning more about languages, and live with my partner and a tiny feline pride.